THE PIVOTAL ROLE OF ENERGY EFFICIENCY VIA HIGH-PERFORMANCE INSULATION IN THE DECARBONIZATION OF BUILDINGS.

With numerous sources of data pointing to a warming planet, there is little doubt climate change is real and that it is progressing rapidly. Most global climate scientists agree the main cause is human expansion of the greenhouse effect, the warming that occurs when the atmosphere traps heat radiating from Earth toward space. The planet’s warming has led to numerous hurricanes, droughts, tsunamis, ocean acidification, and the decline of non-human species, all valid reasons to reduce emissions and the greenhouse effect.

The scientific community identifies the primary cause of human-induced greenhouse gas emissions as fossil fuel burning. A leading cause of fossil fuel use is buildings, thus the decarbonization of buildings is fundamental to the future health of the planet. Luckily, there are available solutions, including the application of high-performance insulations such as spray polyurethane foam in the building envelope. 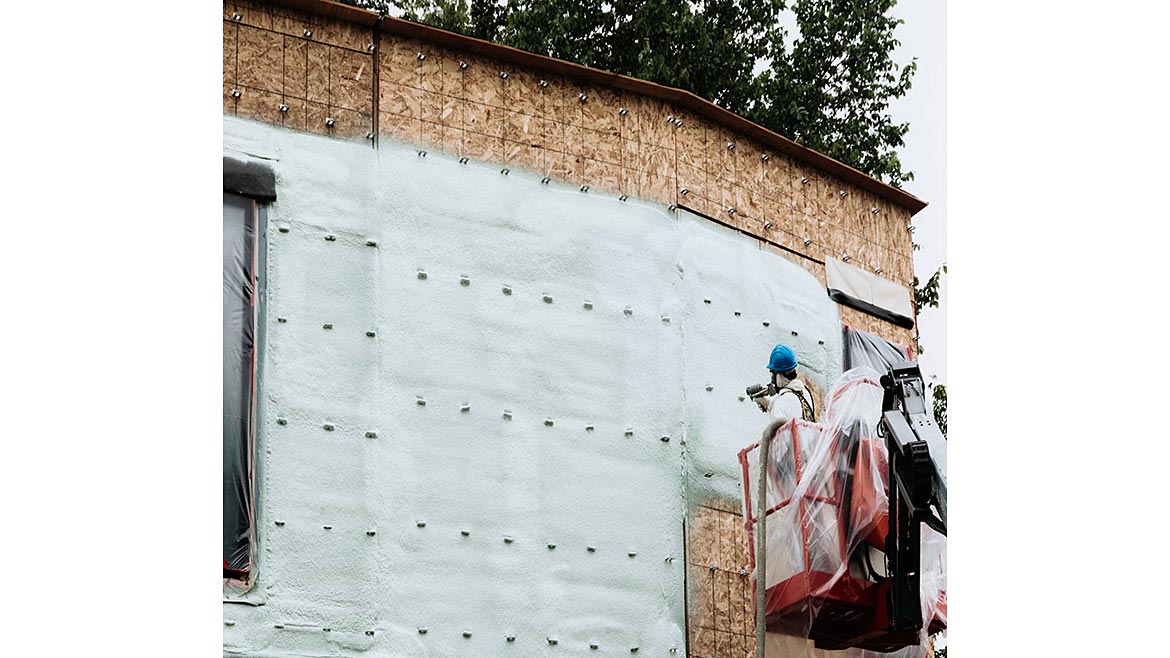 Consequences of a Warming Earth

2020 was the second warmest year on record for the globe. The year’s economic recession, instigated by the COVID-19 pandemic, likely reduced carbon emissions by about 7 percent. However, without the slowdown, the 2020 temperature increase would have been the highest on record, according to Pieter Tans of NOAA’s Global Monitoring Laboratory.

In 2018, California Camp and Woolsey fires burned more than a quarter million acres, destroying the town of Paradise, claiming 89 lives. The state recorded its first giga-fire in October 2020 when the August Complex fire scorched over one million acres. August 2021’s Dixie fire became the largest single fire in the state’s history. Simultaneously, the Caldor Fire burned through thousands of acres of forest in California’s Sierra Nevada. 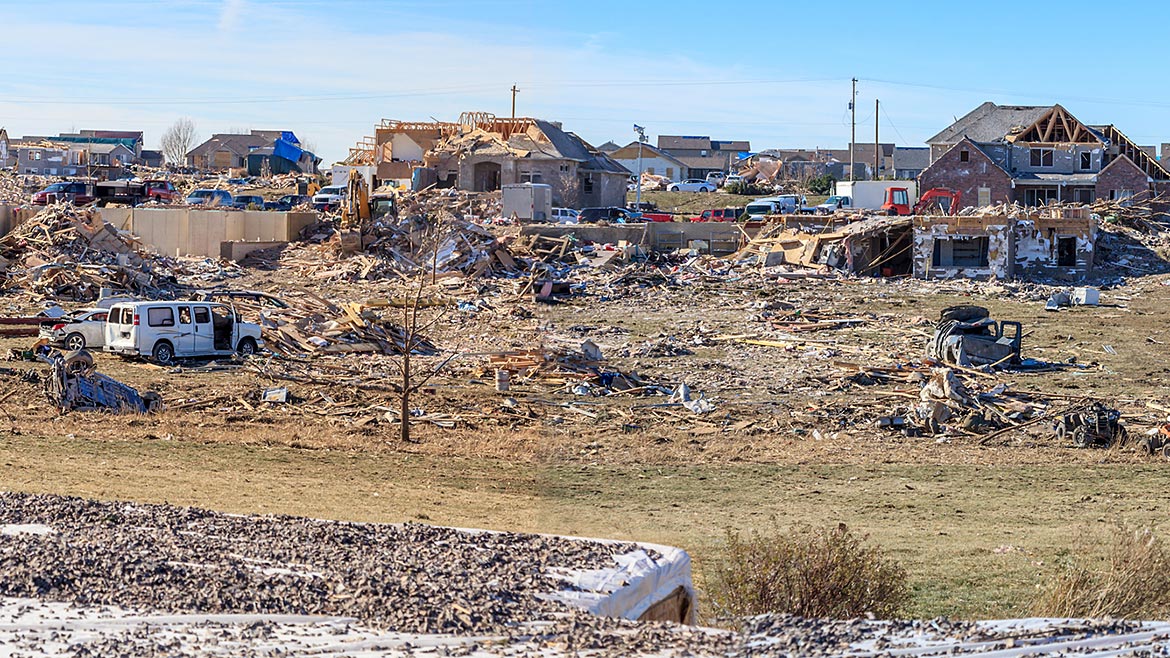 C2ES’s 2018 Decarbonizing U.S. Buildings report finds that fossil fuel combustion attributed to buildings accounts for roughly 29 percent of total U.S. greenhouse gas emissions. The Deep Decarbonization of New Buildings (2018) report found buildings use approximately 40 percent of energy produced in the U.S. and are responsible for about 30 percent of the nation’s carbon dioxide emissions. These findings demonstrate an alarming trend and assert a need for the building sector to address and employ more environmentally responsible building and building use practices.

Energy Efficiency and the Building Envelope

The C2ES report indicates that improvements in energy efficiency have led to emissions reductions in the residential and commercial real estate sectors of 17.3 and 11.4 percent, respectively, since a 2005 peak, pointing to energy efficiency as a key driver in the effort to decarbonize buildings.

When looking at meaningful ways to conserve energy in structures, the building envelope takes center stage. Optimal insulation of the envelope is key for preventing energy transfer, reducing energy consumption attributed to heating and cooling the structure, and reducing emissions. However, not all insulations perform equally well. R-value measures the ability to limit conductive heat flow. However, conductive heat flow is only one heat transfer mechanism. Air leakage or heat transfer via convection is also important to regulate. Controlling air leakage in a building can result in up to a 25 percent reduction in space conditioning energy usage, something not possible using insulations that only address conduction heat flow reduction. Ultimately, an air-tight seal is as important as R-value in achieving energy efficiency and reducing fossil fuel driven emissions. 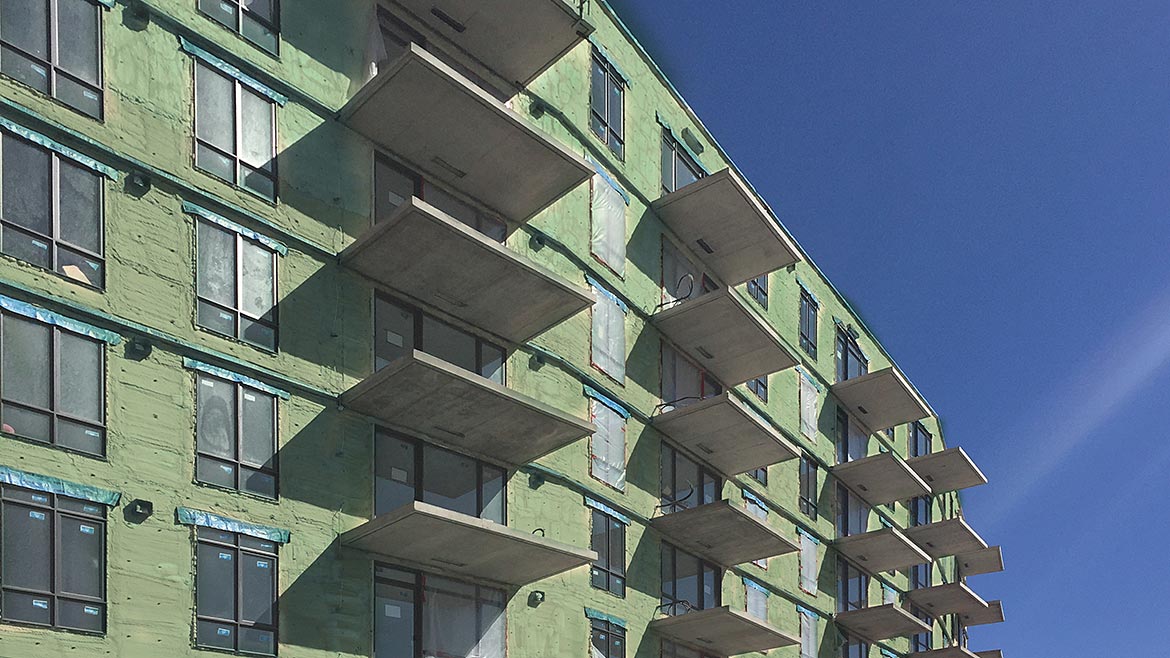 One of the highest performing insulation options available today, medium-density closed-cell spray foam insulation performs remarkably well as a single-source solution for thermal, air, vapor and water control. As a thermal insulator, closed cell SPF boasts one of the highest R-values per inch of all insulation options. The material forms in-place and fully adheres, virtually eliminating cracks and gaps that leak air or water, creating an airtight structure. 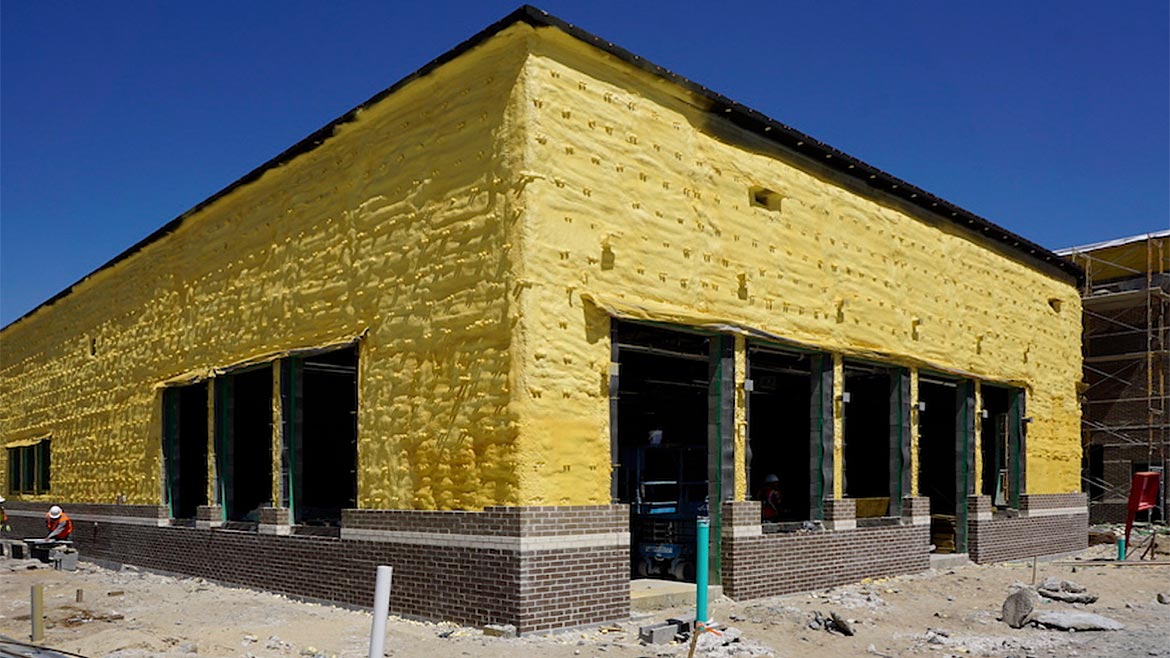 Generally speaking, a building will perform better in the area of energy efficiency with the application of continuous insulation on the exterior of side of the building envelope walls, when compared to the same structure without it. Closed-cell spray foam (SPF) is ideally suited for continuous insulation applications and can be used in both interior and exterior applications. It is also ideally utilized in smaller spaces where a higher R-value is required or where severe moisture could be an issue.

Of course, to achieve meaningful emissions reductions in buildings, new structures must be designed and built with high performance materials, while existing structures must be addressed through retrofits. Additional efforts that will help push the needle toward decarbonization of buildings include: a continued push toward electrification, stringent building codes, support for climate change policies, greater efficiency of the mechanical equipment in buildings, more financial and tax incentives, wider adoption of energy monitoring technologies, and, ultimately, better education of builders, contractors and consumers.

CNN, California Fire is Now a ‘Gigafire,’ a Rare Designation for a Fire that Burns at Least a Million Acres, October 6, 2020, https://www.cnn.com/2020/10/06/us/gigafire-california-august-complex-trnd/index.html Insulated from the Inside and Out