Plumbers, electricians, HVAC, drywallers—they all need to hang from, drill through, or attach to, the fireproofed protected structure in a commercial building. The damage to the fireproofing may be a necessary evil for these trades to do their job, but fireproofing was designed to maintain the complete structural integrity of a building; so what happens when it is disturbed, removed or otherwise compromised? 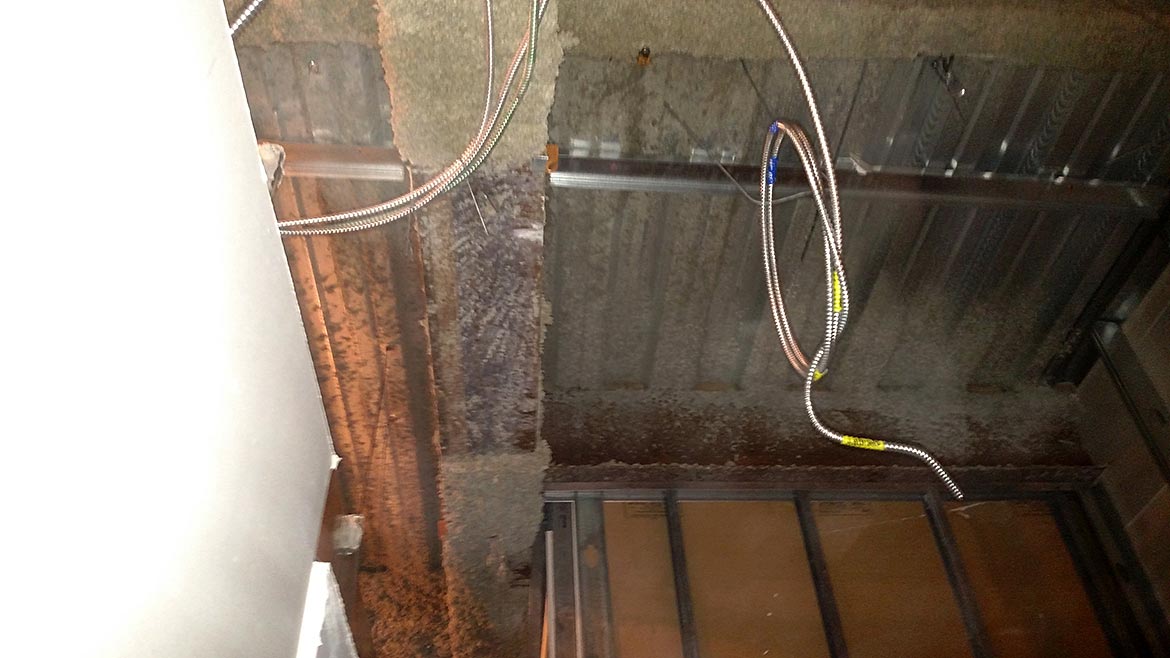 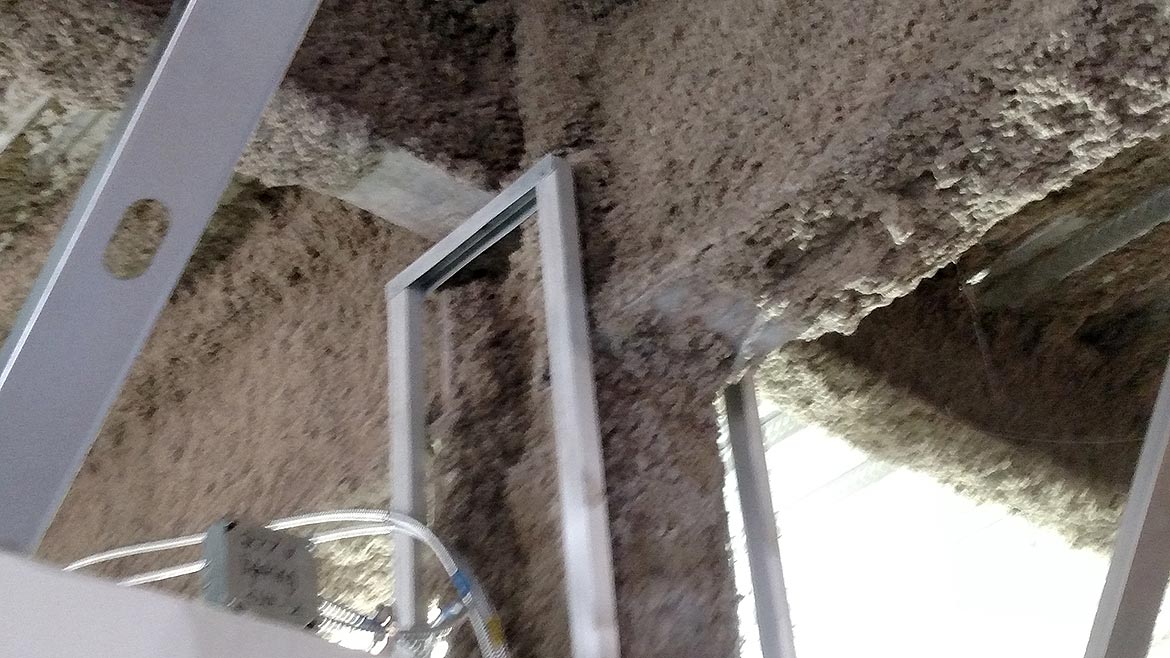 When a building fire occurs, heat from the fire will raise the temperature of any exposed steel (e.g. including structures that the fireproofing has been removed or damaged) from room temperature to approximately 1,500 to 1,800 degrees Fahrenheit in a relatively short period of time. At approximately 1,100 degrees Fahrenheit steel loses about 65 percent of its strength. Failure can occur when only a portion of that structural member reaches those temperatures. This is the primary argument as to why the fireproofing must remain intact or be repaired to its original design performance.

Fireproofing, aka spray applied fire resistant material, is applied to rigid structural elements (beams, columns, decks, etc.) in a building; according to predetermined code, specifications, and other requirements usually specific to that job. These requirements include determining the hourly rating of fireproofing of that structural member, as well as type and use of construction.

The SFRM thermally insulates those structural elements to keep them at or below critical temperatures during fire conditions. Even though those steel elements technically may not burn; they will lose significant amount in terms of their strength, under the oppressive temperatures generated from a fire—about 60 percent. Once that steel loses its tensile strength, catastrophe can happen. Intact and properly installed fireproofing also affords crucial time for the first responders to get in and to do their job; not to mention providing time for the occupants to get out of the building.

The second issue is cost. The trade contractor might rightfully argue that he only disturbed what was necessary, while the project management might argue that if you knock it off, you put it back on. Avoid the argument and get the patch and repair issues identified as early as possible in the process in order to adjust allowances, establish T&M rates, back-charge procedures, etc. It is much, much easier to resolve a $1,000 problem than a $10,000 problem. Costs should always be a consideration.

Finally, the issue of scheduling. Incorporate proper timing and scheduling sequences of the trades to allow the fireproofing to be repaired before the structure is sealed up. If there is damaged fireproofing, ignoring the issue will not make it go away. At some point it will raise its ugly head, most likely in a pressure situation (e.g. a grand opening), the first day of school or via a third party inspection. An already complicated and technically compliant situation, will now be further complicated with a cost distribution argument, and we now add time as a critical element. 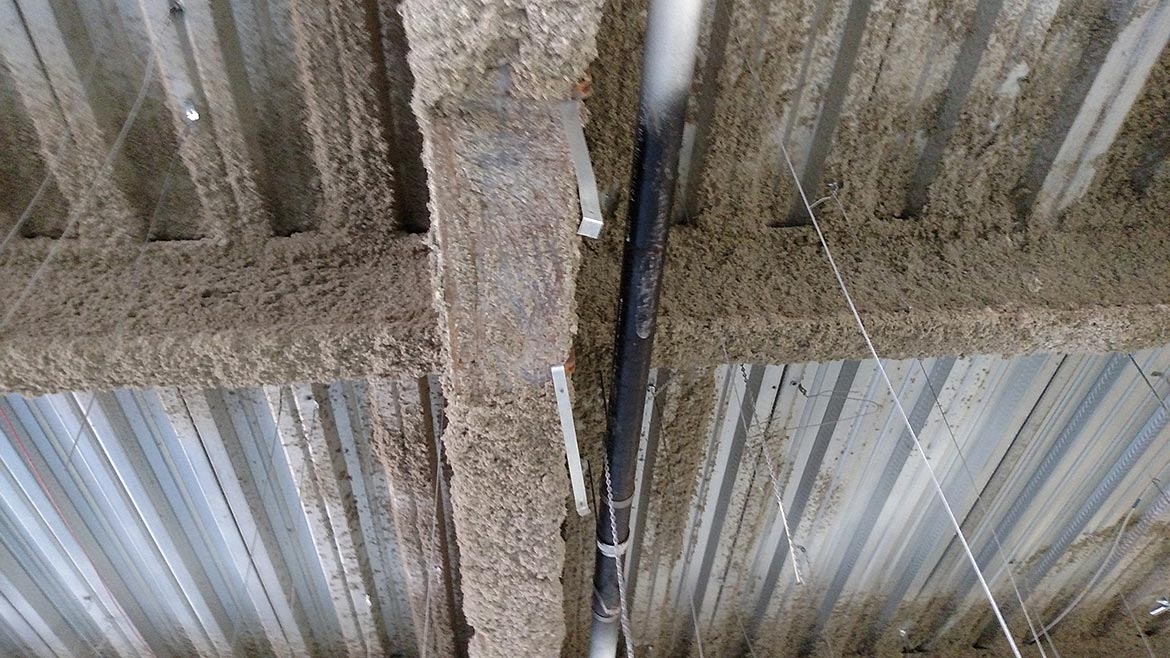 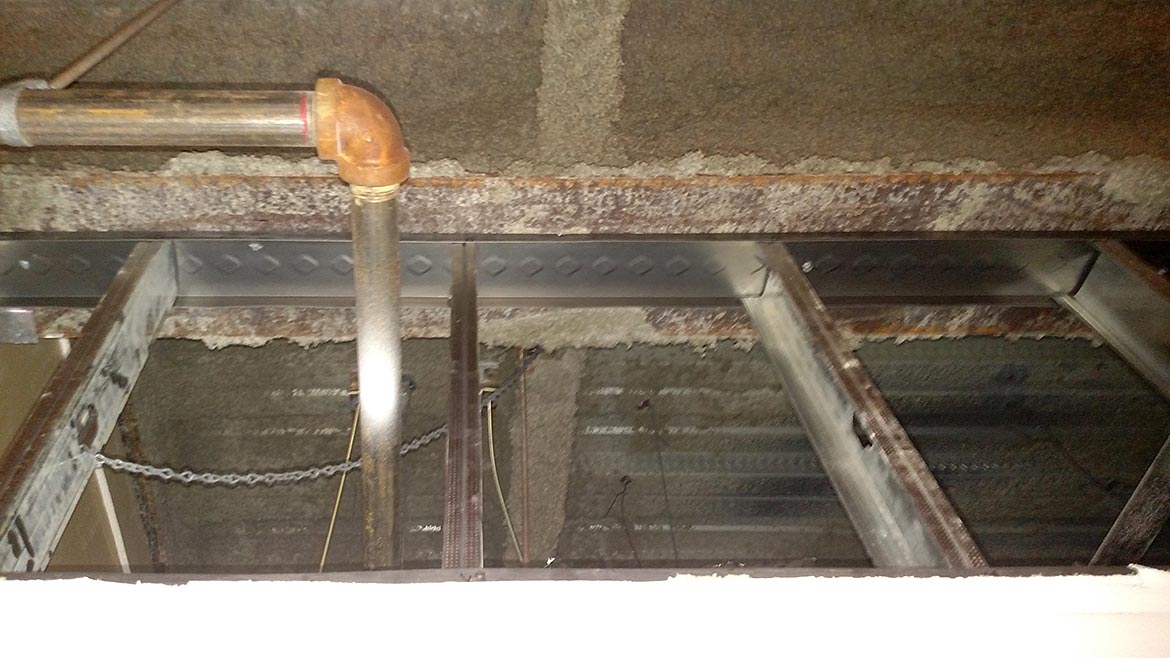 What is Fireproofing Designed For?

Without intact and undisturbed passive fire protection an ominous chain of events begin to achieve their destructive potential. A fire ignites, the steel heats up, loses it strength, structural stability wanes, active systems fail, resulting in greater fire risk to all.

Fireproofing is not designed to prevent the spread of a fire as much as it is designed to protect the structure of the building. Protecting the structural integrity of the building is critical, not only to minimize the loss of life and reduce the threat of collapse, but to provide the stability that all other systems, specifically active systems, require to function properly.

To be as clear as possible, by providing this crucial fire protection there are several positive outcomes by allowing these fire resistive materials to work:

However, if the structural stability of a building cannot be maintained, a downward spiral begins. In fact, all of the benefits mentioned above will turn from a positive into a negative.

When passive fire protection accomplishes its goal of structural stability, then it also accomplishes the following goals (which are supported by codes, material manufacturer’s guidelines, as well as local building and fire officials):

How to Handle Fireproofing in Cold Weather Tim Vellrath has managed a fireproofing contracting business for nearly 40 years. He holds several patents and is the author of the “Handbook of Principles and Practices of Spray Applied Fire Resistive Materials” and accompanying workbook.

How to Handle Fireproofing in Cold Weather

Is LEED Just a Fad?