St. Luke’s Pediatric Specialties at the Lanark campus in Center Valley, Pennsylvania, is a 37,500-square-foot newly constructed building operated by St. Luke’s University Health Network. This medical office site consists of three floors equaling 12,500 square feet each. Following R.L. Reppert’s construction of the shell of this building, crews proceeded to the interior fit-out that consisted of various patient and staff rooms, including a pediatric rehab suite, pediatric primary care suite and pediatric specialty center. The interior design of this location is the first of its kind for St. Luke’s and is intended to provide an aesthetically cheerful interactive environment for children, with each floor having a central theme featuring sea-, earth- and space-related visuals.

The subcontractor’s scope of work, after the completion of the exterior metal stud framing and sheathing to complete the shell, included the interior metal stud framing, batt insulation, drywall hanging and finishing, acoustical ceiling grid and tile, along with many more architectural specialty design items. Every aspect of this project was interesting and challenging in its design complexity since it incorporates many curves and suspended structures. Within each floor, R.L. Reppert’s team installed specialty items by utilizing Armstrong Axiom clouds, Armstrong infusion shapes, 3Form Solitude Shapes, 3Form Varia Interlayers suspended and stationary privacy panels, 3Form Varia on the elevator columns and Custom Casting GRG column covers. Each one of these specialty items required high-level layout skills and extensive planning to ensure the design came together flawlessly and worked with the overall design of the facility.

Throughout the three floors of this project, R.L. Reppert’s employees completed their standard scope of work, but where this project really stands out from any other is the wide variety of unique and specialty aspects throughout each area of all the floors. One significant accomplishment was constructing and placing the serpentine soffits located on each floor in the waiting rooms, check-in and check-out areas, and physical therapy suites. This work was very challenging due to having to build a structure below the vast number of mechanical items to support the serpentine soffits.

Highlighting the serpentine soffits, there are various suspended cloud shapes, including 20 3Form Solitude Shapes, located in the elevator lobbies of each floor, which required a complex lay-out. Following the specific cloud pattern drawn by the architect, the diagonal ceiling grid was constructed using Armstrong’s slimline grid system, which then allowed for the random patterns in the ceiling by using various-sized ceiling tiles throughout assembly. An aspect of planning required the layout to be done on the ground by using templates to pinpoint the exact location for the aircraft cable placement that supports the system by going through the ceiling tiles, ultimately avoiding the ceiling grid system and mechanical items above. This was completed by utilizing lasers to assist in the height and placement for each cable and precise layout. 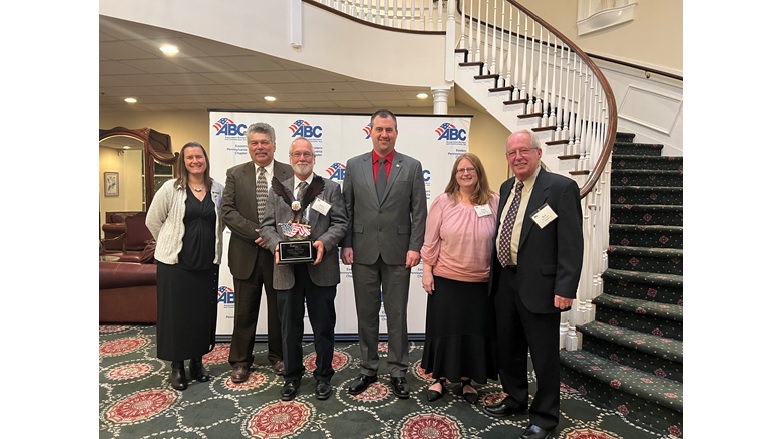 Additional cloud shapes, located in the waiting and rehab areas, utilized 16 Armstrong Axiom clouds and 12 Armstrong Infusion shapes. There are a variety of single and overlapping clouds that were laid out and assembled on the floor on a 45-degree angle using standard Armstrong ceiling grid. As with the 3Form Solitude Shape layout previously described, this layout required extensive planning and required the same strategy, as it involved up to four hanging and overlapping suspended clouds with cables. Each cloud was suspended at varying elevations while not interfering with one another or the lighting.

Some significant challenges faced on this project were design changes throughout the course of the project, including some late changes. A major design change that occurred on the third floor happened only three months before the completion of the project. Originally, this space was to be an unoccupied shell area, but was rededicated for additional exam rooms. The shell space had to be rapidly demolished and rebuilt with the new design, all while remaining within the same time frame as the original deadline of the project.

Along with the third-floor change that was already in progress, less than two months before the project was completed, St. Luke’s Hospital staff decided to make changes on the second floor in the shared provider space, including completely demolishing multiple already completed areas, reconfiguring the walls and the complete reconstruction of all of the finishes. Both of these changes required R.L. Reppert’s team to quickly obtain the supplies and materials necessary as well as working around areas that were already completed and ready to be turned over to the hospital, while continuing to maintain the completion schedule. 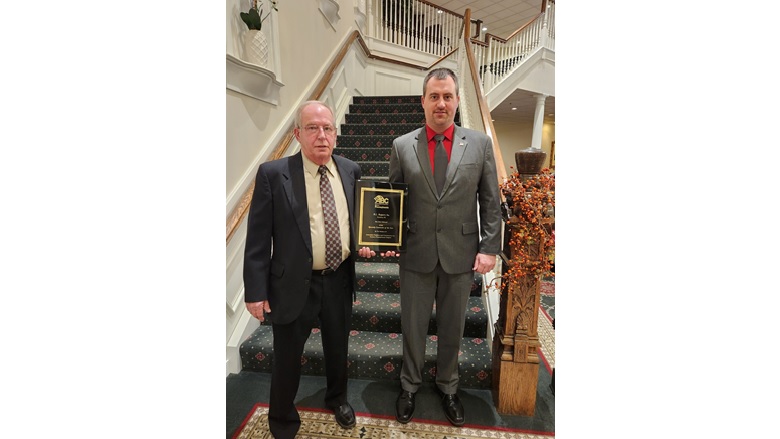 Towards the completion of the project, an unexpected design change was incorporated into the job. This change was to install felt ceiling tiles for sound absorption with the existing ceiling grid system and install pods of iridescent acrylic fish in a variety of locations. These hanging fish were placed at different heights and needed to follow the specifications of the design team as to appear they are swimming. R.L. Reppert’s team worked in conjunction with the architect, the design team and 3Form while maintaining the project’s schedule to achieve an outstanding result before their scheduled grand opening. These specialty items are what really make this project stand apart from any other project within its class.

This project has a lot of new and unique designs and truly highlights R.L. Reppert’s employees’ talent, attention to detail and vast variety of skills. R.L. Reppert’s staff and the general contractor are both very satisfied with the results of the project, along with being thrilled to be a part of such a unique and cutting-edge design. The hospital was very impressed with the finished look and stated they are now planning to use this building design as a basis for their other locations.